Skip to content
Strengthening the international sporting community through building connections lies at the very heart of SportAccord’s raison d’être. Since our very first event in 2003, SportAccord has brought together sport’s leading decision-makers to form a community that engages in constructive dialogue in the spirit of unity and friendship, all for the good of sport and our society. 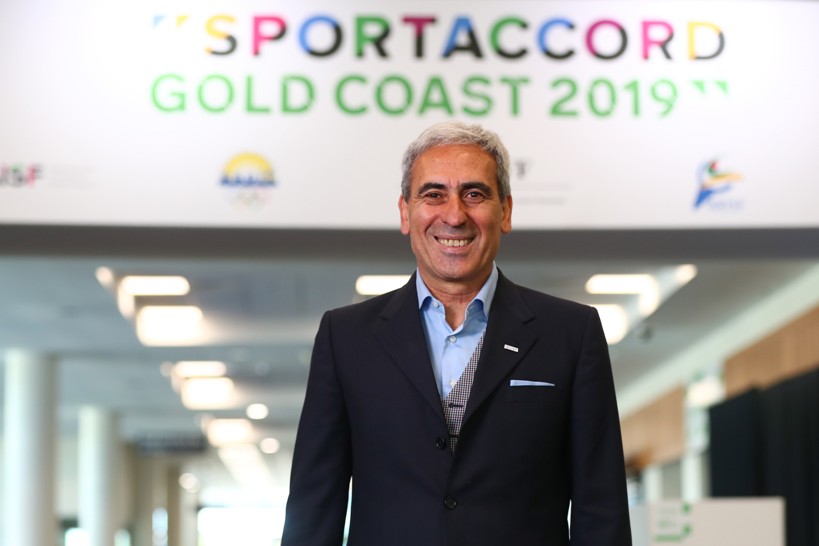 Raffaele Chiulli is Doctor of Sciences with honours from the University of Rome and had post graduate education at Duke University (U.S.A.), INSEAD (France) and IMD (Switzerland). He speaks English, French and Spanish; Italian is his mother tongue.

Raffaele Chiulli, among other responsibilities, is currently Chairman of SAFE, Centre of Excellence for Energy and Environment. Current and previous assignments include Chief Executive positions in the energy industry as well as board membership in multinational energy companies; Professor and lecturer at Master and postgraduate programmes at several Universities on energy resources management and sport administration; Chairman of international panels and author of more than fifty publications.

Member of the International Olympic Committee Sport and Active Society Commission, since 2014. The Commission plays an important role with regard to the implementation of the Olympic Agenda 2020.

Knight of Merit of Italian Republic, by the President of the Republic

Vermillion Medal for Education and Sport, by HSH Prince Albert of Monaco

Diploma for Development and Promotion of Sport, by the President of International Olympic Committee

Julius Caesar Award, by the City of Rome

Honorary Doctorate in Sport/Physical Education, by the President of Yong In University – South Korea

Honorary Doctorate in Engineering and Chemistry of Materials and Structures, by the Rector and the Academic Senate of the University of Messina