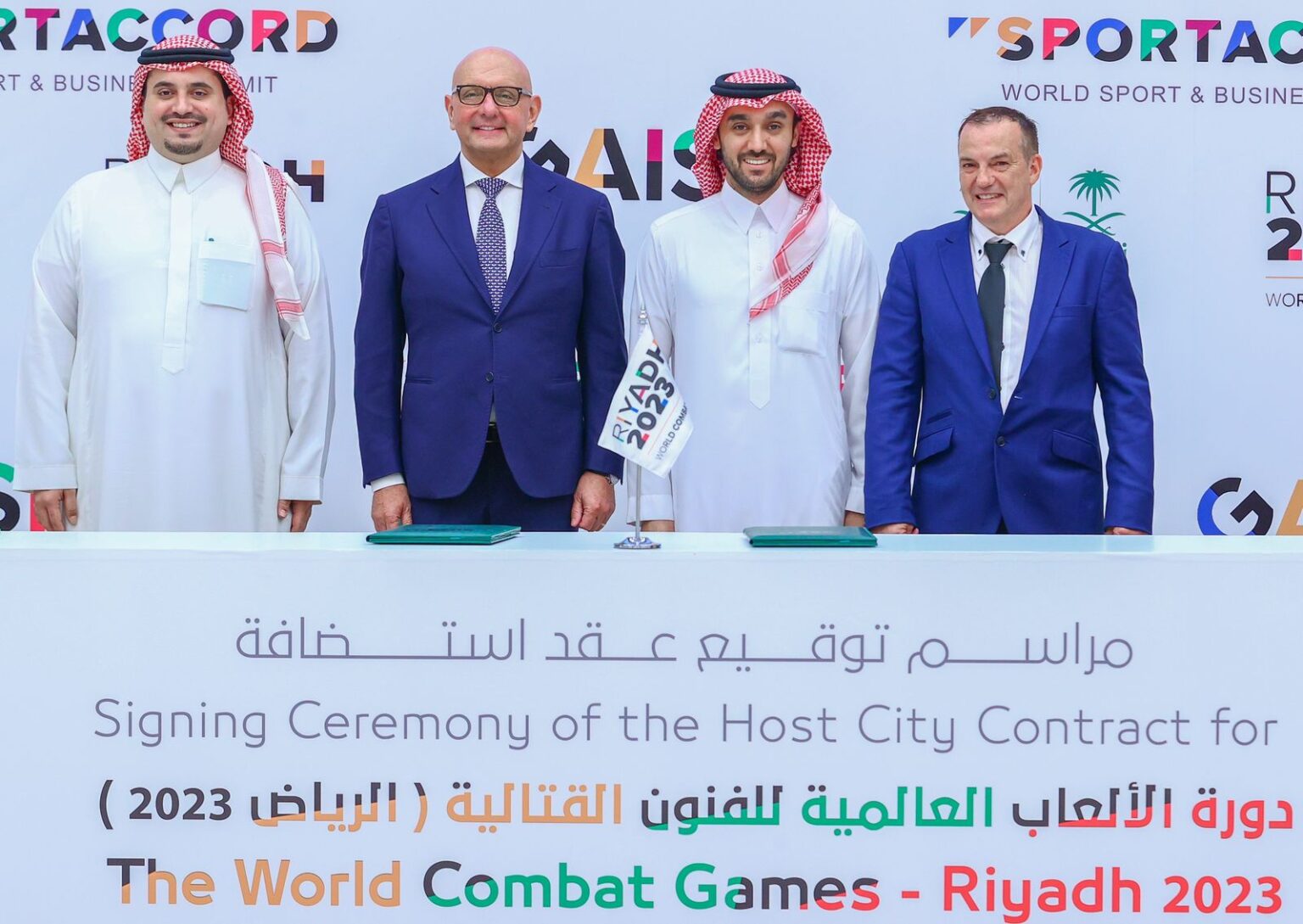 Lausanne, Switzerland – GAISF and the Saudi Olympic & Paralympic Committee this weekend held a signing ceremony to celebrate that the capital of the Kingdom of Saudi Arabia, Riyadh, will host the 2023 World Combat Games (WCG), an international multi-sport festival bringing together ancient traditions, exciting competitions and sport demonstrations.

The nine-day event, which will combine sport and culture in a festival atmosphere, will bring together 15 combat sports and martial arts and include competitions, sport demonstrations, educational conferences and workshops hosted by leading martial art masters. The event will also feature the first World Martial Arts Gala, honouring the legends of martial arts and combat sports.

“The Kingdom of Saudi Arabia is honoured to have been presented with the opportunity of hosting the world’s best athletes in Riyadh. I would like to express our gratitude to GAISF for their trust in selecting us to host the World Combat Games 2023, which celebrates unity and champions diversity.” “GAISF is looking forward to this incredible celebration of combat sports and martial arts in the beautiful city of Riyadh. There is no better host for this major multi-sport games, bringing together the best athletes and their respective International Federations in a festival celebratory atmosphere.”

“I would like to express our gratitude to the Kingdom of Saudi Arabia, His Royal Highness Prince Abdulaziz bin Turki Al Faisal Al Saud and His Royal Highness the Crown Prince Mohammed bin Salman Al Saud for their commitment to hosting the World Combat Games 2023, an event very much in line with the Kingdom’s ambitious Saudi Vision 2030. With preparations for the event already well underway and with the support of more than 15 combat sports and martial arts which are Members of GAISF, we have no doubt that this event will be a huge success.”